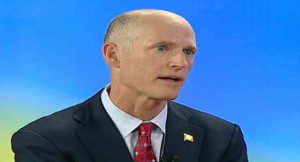 In a letter to Scott dated, February 26, 2014, Executive Director of Integrity Florida, Dan Krassner states, “We respectively encourage you to have your Chief Inspector General, Melinda Miguel, conduct an investigation and publish a report examining the lavish travel and wasteful government purchasing practices by Enterprise Florida to ensure the agency is held to the highest standards of accountability and transparency.”

Krassner goes on to note that while the “Department of Economic Opportunity (DEO) is responsible for the state’s contract with Enterprise Florida, [but] it has clearly turned a blind eye to this waste and abuse of taxpayers’ money.

Krassner’s letter to Scott provides a sampling of the organization’s questionable expenses including:

The letter concludes by stating that the people of Florida “deserve accountability and transparency” and that  “a company [Enterprise Florida] this large, supported by hard-working Florida families, must be held to the highest ethical standards.”