It is described as “the happiest place on Earth”, but Orlando is one of the toughest cities in the U.S. to find employment, according to the online job aggregator Indeed.com, Forbes Magazine reports. 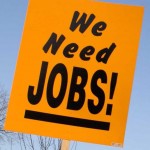 In sunny Orlando there were 14 listings for high-paying jobs per 1,000 residents over the last quarter of 2011, making it the fourth hardest city, along with Louisville, Kentucky, for finding a job.

As it turns out, landing a high-paying job in Miami is even more challenging.  There were 11 job postings for every 1,000 people, making it the second hardest place.

Riverside, California, with only 7 high-paying job postings per 1,000 people, grabs the top spot as the hardiest city for finding a job.

San Francisco, California; Boston, Massachusetts; and Baltimore, Maryland fill out the remaining top five cities where it’s easiest to find a job, with 54, 53 and 52 job postings, respectively, per 1,000 residents over the whole fourth quarter of 2011.