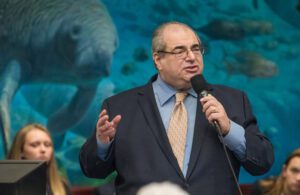 In response to recent mass shootings across the country, as well as “the seemingly endless gun violence epidemic in Florida communities,” Democratic State Representative Joseph Geller is calling for a special session on guns to address the problem he says is claiming thousands of lives every year in the Sunshine State.


“It is imperative that we take common sense steps to address this epidemic of gun violence that has led to atrocities in places like Parkland, FL, Buffalo, NY, and most recently in Uvalde, TX,” Rep. Geller stated in his letter to Secretary of State Cord Byrd.

If adopted by the legislature, which is not likely to happen given Republican control and Governor Ron DeSantis, the special session would aim to address three “common sense topics to make our communities safer,” according to Rep. Geller:

When 20% of the Florida legislature makes this request to the Department of State, the Secretary of State is required to conduct a poll of the Legislature. Sixty percent of both chambers must then vote for the special session. Alternatively, the two presiding officers or the Governor could call a special session.

“Something must be done to fight back against the deadly scourge of gun violence that touches every community from Pensacola to Key West,” Representative Geller said. “It has invaded our schools, our supermarkets, our houses of worship, and our neighborhoods. People deserve to feel safe in their own communities, and its past time we do something. Hopefully, responsible Republicans will join us in the discussion and we can find ways to make our communities safer. Floridians deserve nothing less.”

The measures also have support from Orlando area representatives.

“Universal criminal background checks are consistently supported by overwhelming bipartisan majorities of Floridians,” Orlando State Representative Carlos Guillermo Smith added. “Expanding Florida’s Red Flag law, already proven effective at keeping guns out of the hands of those who should not have them, would save even more lives while limiting large capacity rifle magazines can help prevent mass shootings like the one at Pulse nightclub that took the lives of 49 people in 2016. Each of these common-sense gun safety reforms will make our state more safe. We cannot sit back and do nothing while Floridians demand action.”