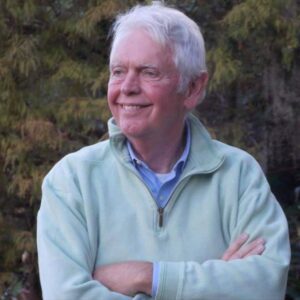 When news spread around town this week that Doug Head passed away, I found myself both saddened and uplifted as I read so many people’s memories and condolences. I wanted to write about Doug on Friday, perhaps because so many of us were brought together at his First Friday events. Even though this isn’t the first Friday of the month, it is our first Friday without our dear friend Doug.

I didn’t know Doug as long as many people in town knew him, but I’m grateful for his friendship and mentorship over the years. There were many reasons I was drawn to work with him from the time I moved to Orlando. With my background in the Democratic Party, we naturally connected and could easily talk inside baseball endlessly. His party loyalty was certainly never in doubt. I was fascinated by his many stories and experiences. Doug served as the Orange County Democratic Party chair from 1992 to 2004 and was instrumental in those pivotal political years for Florida and beyond. Doug is the reason Orange County turned from Red to Blue, and he remained the local Democratic leader long after.

Doug Head is nothing less than a titan in Orlando and Florida politics. But there was so much more to Doug.

When Doug found out I was a graduate of Saint Louis University, I found out about Doug’s fascination with the Jesuits. It was something we would talk about through the years, and I don’t have many people who openly enjoy starting conversations about the Jesuit order. But it was Doug, I shouldn’t have been surprised. Following his college education, Doug joined the Peace Corps where he was stationed on the borders of Argentina, Brazil and Paraguay. I got to learn about his experiences in a different way because of our personal connection. We shared a belief that we could bring positive change to people’s lives.


In addition to countless afternoons lost in conversation and plotting at his house or a local spot, I’ll always remember accepting Doug’s invites to the Orlando library. Doug spent so much time with me studying the history of Orlando, looking over old maps, sharing his insights and discussing what could be done to make it better. I moved to Orlando in 2008, but because of my friendship with Doug, I acquired a lifetime of local knowledge.

Doug was the kind of leader our community needs. Like his First Friday events where he would open his home to bring the community together, he always wanted to share his wisdom and combine his efforts with others. He was a leader who respected others even if he disagreed with them. Yes, it may have come with a smile or sarcastic remark, but he genuinely wanted to make the community better and get people involved. He would push people to do more, but he was also patient and open to hearing people out.

Doug will be remembered in part for always being in the fight and in the know, ready to speak out for the community and take real action. Talk was good – and we all know Doug was a talker – but he liked results much more. He also put his money where his mouth was. His own money. Doug supported Democratic candidates, non-profit organizations and community efforts directly with his own money, but also with his mind and time. He was intent on growing the party and bringing people into the process.

To say Doug was a driving force in politics would be an understatement. The void will not be filled easily or quickly. Doug established himself as de facto party leader and always in-demand political consultant. His efforts impacted Orange County and Florida politics in and out of the Democratic Party for decades. He was never scared to speak out or ruffle feathers, even if it was against officials he helped get elected previously. Doug was always proud of being fluent in Spanish. He stood up for underrepresented communities and joined many fights for social justice and progress. It’s why so many in the community respected him, and why so many in power feared him. Whether it was a local Democratic Party meeting, an Orlando City Council or Orange County Commission meeting, or just a random public meeting around town, I loved being “in the room” with Doug Head.

One of the many funny memories I have with Doug involved then-Governor Rick Scott. Doug and I were meeting at a nearby Starbucks to just catch up and talk politics. Sure enough, just our luck: Rick Scott of all people decided to stop for some coffee on his way out of town. As Rick Scott greeted other families in the outdoor seating area, I wondered what Doug was thinking behind his classic smile. As the Governor approached us, Doug stated without hesitation he would not shake Rick Scott’s hand and called him out for his policies which attacked the middle class. Doug would never miss the opportunity. To witness Rick Scott run away in panic as Doug continued blasting his policies was priceless. Of course, he then reminded everyone at Starbucks why Rick Scott was bad for Florida and their families.

Despite his Democratic loyalty, he also built a reputation across the political aisle that is unheard of in today’s time. Part of that centered around County Watch, a local bipartisan watchdog group. Doug recruited me and many others to join over the years and passionately believed in the good work and accountability the group brings to the community. It was another example that Doug’s intentions were to better our community. “He was a great friend and even on opposites of issues able to make things better,” posted longtime Republican leader and fellow County Watch leader Rae Capen. As fiercely as Doug fought in politics, the other side respected him and was willing to work with him. That says a lot.

He was also a veteran of the life settlement industry for almost 20 years where the importance of Doug’s contribution to the industry cannot be overstated. From his bio: “As the industry’s premier lobbyist, Doug has provided essential guidance, both conceptually and substantively, to the formation of the current legislative and regulatory structure. Doug’s guidance continues to provide support for this multi-billion dollar industry and the consumers that it serves.”

Doug got things done. He loved people. He loved politics. He had a heart for progress and change. Sadly, he was sick with a rare neurological disease diagnosed in 2019 that took away his ability to communicate. “His suffering has ended, he put up a big fight as is expected with Doug. He will be missed,” his good friend State Senator Linda Stewart said.

Now, Doug would tell us all to get to work!