Publix to Pay Out $6.8 million for not disclosing background checks on Job Seekers 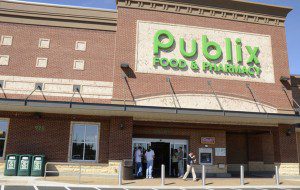 If you applied for a job at Publix, you just might be in line for some cash. The supermarket chain based in Lakeland, will shell out nearly $6.8 million to settle a class-action lawsuit over background checks.

Over 90,000 people are expected to receive $75 each (before lawyers fees!) based on the settlement, which includes those who applied for work at Publix stores and were subjected to background checks during the period March 12, 2012, to May 13, 2014.

Publix denied any wrongdoing but said, the company agreed to the settlement owing to the high cost of litigation, the ledger.com also reported.