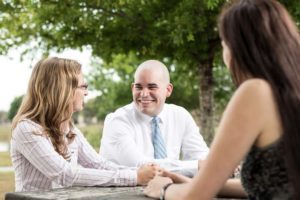 Alex Barrio became enthralled with politics during the Bush v. Gore recount during the 2000 presidential election cycle.  In 2004, he put that excitement and energy to work as an Orlando canvasser for John Kerry, going door to door promoting support for the Democratic presidential nominee.  After a bachelor’s degree from the University in Central Florida, Barrio has continued to promote support for Democratic and progressive candidates throughout Florida.  He went on to earn a J.D. from Florida International University in 2012.  Whether as a Legislative Aide for former Representative Tony Sasso, district secretary for then Representative (now Senator) Darren Soto, or most recently as the former political director for SEIU local 1991 which advocates for healthcare professionals at Jackson Memorial hospital, Barrio has continued to build his broad political experience and accomplishments.

Barrio has filed as a candidate for State House District 48 which includes much of central and east Orlando and which has John Young Parkway and Semoran Boulevard as boundaries.   His primary opponent Amy Mercado has already qualified for the ballot by petition, a fact that motivates Barrio as he goes door to door throughout his district.  Meeting and connecting with the voters in Orlando, Barrio says he has met far too many low wage workers employed by theme parks, hotels, and retail establishments throughout Orange County.  “Orange County is the economic engine of the state, with theme parks, hotels, and UCF representing the lion’s share of economic progress the state has felt in recent years,” he said in a recent interview.  Barrio has also noted disappointment with the lack of economic development in his district, noting that state officials have designated tax dollars to improve the UCF downtown campus and the Valencia Campus in Poinciana, development that has avoided Semoran Boulevard and other parts of District 48.  “Semoran Boulevard should look like the gateway to the world-class city that Orlando is,” he says with disappointment.

As his campaign platform, Barrio is quick to mention education, economic development, and healthcare.  “The educational system is broken,” Barrio says with disgust. “There is too much emphasis on testing and not on earning,” he adds.  Barrio is an outspoken critic of charter schools and private, non-public schools that use tax dollars.  He bristles at the mention of for-profit charter school companies like Charter Schools USA.   He promotes the notion that teachers should have the “freedom and resources they need to help students become the creative and productive community members that we need.”

Barrio says that he will encourage economic diversity by bringing economic development opportunities to the central and southern sections of Orange County.  Affordable, accessible healthcare is another passion that Barrio is quick to mention.  “Expanding Medicaid and self-insurance opportunities for small and large businesses will de-emphasize the role and importance of for-profit healthcare companies,” he notes.  Barrio sympathizes with the doctors he has spoken with who say the healthcare system needs to be changed in its entirety, from top to bottom.

While not campaigning, Barrio is the Business Manager for You Should Run, LLC, which is a marketing and political consulting company.  His true passion is building alliances with other progressive organizations to work smarter, not harder.

Barrio and Mercado are scheduled to appear in an upcoming debate hosted by the Young Democrats of Orange County, a debate that Barrio says should be, “one of many.”