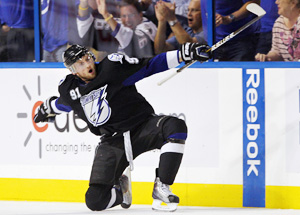 The ECHL announced on Tuesday that the Board of Governors has unanimously approved the Expansion Membership application of Orlando for admission to the ECHL.

Orlando will begin play in October 2012 when the Premier ‘AA’ Hockey League will celebrate its 25th season, making it the third-longest tenured professional hockey league behind only the National Hockey League and the American Hockey League.

The Orlando membership is owned by Orlando Pro Hockey Operations, L.P., an entity controlled by Joe Haleski, Bob Ohrablo and Jason Siegel. The team will play its home games at Amway Center, which is also home to the Orlando Magic of the National Basketball Association, located in downtown Orlando.

“We are pleased to welcome Orlando to the ECHL,” said ECHL Commissioner Brian McKenna. “The combination of a strong market, a world-class sports facility in the Amway Center and a strong ownership group led by Joe Haleski, make this a very welcome addition to our southern geography. With decades of combined experience, this seasoned management group is well suited for the challenge of starting and operating a successful team in this major market over the long term.”

Orlando Mayor Buddy Dyer said, he is pleased that the city, once more, would be home to professional hockey and looked forward to showcasing the Amway Center.

“I am excited that the City of Orlando will once again be home to professional hockey,” he said. “The new Amway Center was designed with the goal of adding a hockey team and features amenities specific to hockey. We look forward to showcasing the new state-of-the-art Amway Center to hockey fans here in Central Florida and giving them an experience they will never forget.”