According to the Orlando Police Department, local officers continue to work to reduce violent crime in the City Beautiful in many ways, including removing more guns from the streets.

While on the beat, OPD reported that these guns were taken from individuals who were arrested in the Central Patrol Division for possessing firearms illegal: 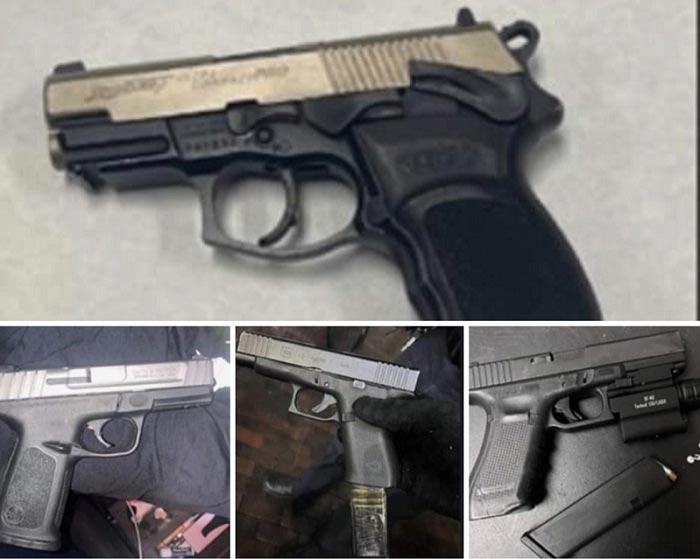 These are just the latest illegal guns seized around Orlando, as the SWAT Team previously helped OPD seize more guns, drugs and cash and OPD has conducted numerous operations to continue taking guns off local streets.

With drugs and crime remaining a local problem in Orlando and around downtown under Mayor Buddy Dyer, police continue to work with the community to make our city safer. Did you know that now you can simply dial **8477 to give a tip to Central Florida Crimeline? If you have information on a crime that occurred, or the exact location of a wanted person, contact Crimeline – you will still be completely anonymous and can also be eligible for a reward.

You can also call Crimeline at 800-423-TIPS (8477) where your information will be taken in strictest confidence. Your identity will be protected and you will never have to give your name. You will be given a confidential tip code number. Tips that lead to the felony arrest of suspects and/or the recovery of stolen property and drugs may be eligible for cash rewards of up to $1,000. All tips eligible for a reward are paid to tipsters using an anonymous process. Remember, if you witness a crime in progress, you should call 911.