Earlier this month, the Orlando Police Department announced that Parramore Bike Officers were active on the beat and conducted a traffic stop on W. Church St.

K-9 alerted on the vehicle and a search revealed a loaded firearm, 17.2 lbs of cannabis, 25 lbs of THC, 133 grams of psilocybin, ecstasy pills, and over $5,000 in cash. Here’s a photo of the drugs, cash and gun recovered by OPD: 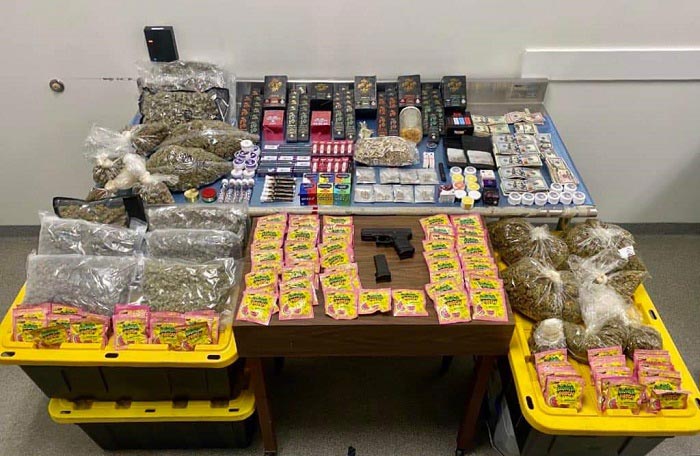 Local police also said the driver was arrested and charged.

This was another operation trying to make Orlando neighborhoods safer, as crime and guns continue to be major concerns for residents. Orlando police remind the community, “if you see something, say something” by calling the anonymous tip line Central Florida Crimeline at 1-800-423-TIPS (8477) or **TIPS (8477).