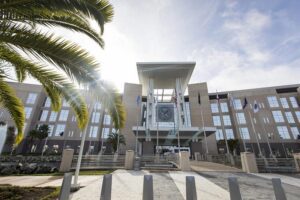 The Orlando VA Health Care System and a network of nonprofit homeless agencies launched a “Home for the Holidays” campaign on Thanksgiving Day, aiming to find permanent housing for at least 100 military Veterans in Central Florida by year’s end.

The campaign calls on landlords and property managers to rise to the challenge set by VA Secretary Denis McDonough, who announced a national goal of permanently housing some 38,000 homeless U.S. Veterans and their families during 2022.


To do so, the Department of Veterans Affairs has increased funding for housing vouchers and landlord incentives as well as help with security deposits and move-in assistance for Veterans.

“We’re fighting to end Veteran homelessness – a phrase that shouldn’t exist in America,” McDonough said in a speech before the National Press Club earlier this month. “Our focus is on two simple goals: getting Veterans into homes, and preventing them from falling into homelessness in the first place. And we’re making real progress.”

That data comes from HUD’s point-in-time count, conducted at least every other year on a single night in January. In 2022, some 33,136 Veterans were counted as homeless – a number that would grow as the year went on.

In the six Florida counties covered by the OVAHCS – Brevard, Lake, Orange, Osceola, Seminole, and Volusia – the goal for 2022 is to house 523 Veterans and their families. To date, the region is roughly three-fourths of the way there.

“We’re tremendously proud of the progress our community has made in addressing the tragedy of Veteran homelessness,” said Martha Are, CEO of the Homeless Services Network of Central Florida, one of the agencies helping with the campaign. “No one who has served this country should ever find themselves out on the streets.”

If you are a Veteran in need of resources due to being at risk of homelessness or are currently homeless, please call 1-877-424-3838. Landlords interested in participating in this program can inquire by emailing: vhaorlhouseaVeteran@va.gov.