Florida Speaker Paul Renner has appointed Orlando State Representative Susan Plasencia to serve as a member of the Alzheimer’s Disease Advisory Committee. The appointment is effective immediately and expires November 5, 2024.


The Orlando Republican has a personal connection to the issue and plans to bring that experience and voice to the committee. 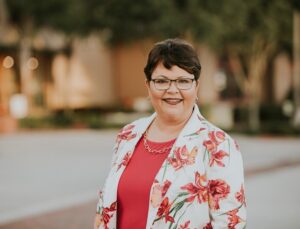 “I’m honored to have the privilege of serving on the Alzheimer’s Disease Advisory Committee,” Rep. Susan Plasencia said. “I’m just one of the many family members that care for our aging parents struggling with this horrible disease. I’m honored to bring that voice to this Committee.”

Alzheimer’s disease is reportedly the most expensive disease in America, costing more than cancer or heart disease according to recent reports. It is estimated that caregivers in Florida provide over 685 million hours in unpaid care.

In 2021, Alzheimer’s and other dementias cost the nation an estimated $355 billion, including $239 billion in Medicare and Medicaid payments combined. Officials said unless a treatment to slow, stop, or prevent the disease is developed, in 2050, Alzheimer’s is projected to cost more than $1.1 trillion (in 2021 dollars). This rise includes more than three-fold increases both in government spending under Medicare and Medicaid and in out-of-pocket spending. Currently, the research pipeline may offer treatments that could potentially slow the progression of the disease.