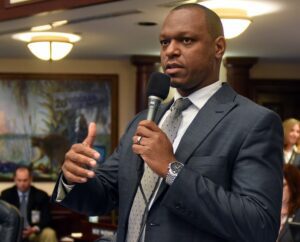 
“This legislation would allow transparency between the public and law enforcement which has been a big issue for many of my constituents,” said Senator Bracy. “Body and vehicle cameras would also aid the public and law enforcement in acquiring evidence that can help solve cases or lead investigators on the right track. It’s clear that this bill would benefits all parties.”

“Now, more than ever, it is imperative that there be trust between law enforcement and the community,” Representative Kevin Chambliss said. “In order to establish this trust, police body cams and dash cams are crucial in protecting the integrity of LEO, as well as the safety of residents.”