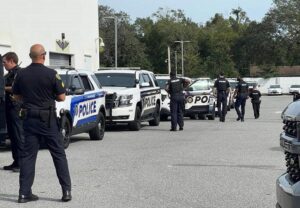 
Orlando Police Chief Eric Smith met with the first group of officers as they departed to Sanibel. Ten officers will be joined by a lieutenant and sergeant for the first group.

Crime in Orlando also remains a persistent problem under Mayor Buddy Dyer, but OPD also believes it is important to support Florida law enforcement in times of need.