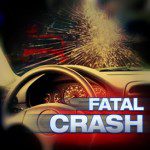 A Orlando driver was killed on Orange Avenue when his vehicle overturned at the intersection of Fairway Woods Boulevard on Sunday night, Florida Highway Patrol say.

23-year-old Joshua Chambers, traveling north in the center thru lane on Orange Avenue, failed to stop as he approached the red traffic light at the intersection of Fairway Woods Boulevard, troopers say.

Chambers struck the right side of a 2001 Mazda Tribute that was traveling south on Orange Avenue and attempting to turn left to go east on the green arrow light, at the intersection of Fairway Wood Boulevard.

Chambers’ 2011 Hyundai Elantra overturned after the crash, ending up on its roof. He was pronounced dead on the scene by the medical examiner.

Rafael Rodriquez, the driver of the Mazda Tribute sustained only minor injuries as a result of the crash and was taken to the Orlando Regional Medical Center.

The impact caused the motor of the Mazda Tribute to be propelled from the vehicle, landing on a third vehicle, a 2006 Mitsubishi driven by Jennifer Pinero, who was unhurt.

Authorities continue to investigate this crash.