The Orlando metro area’s  unemployment rate for March 2010 was 12.1 percent, a slight improvement from the 12.6 percent recorded in February 2010, but a sharp increase from the 9.5 percent in March 2009, Agency for Workforce Innovation said in a report today. 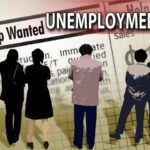 Florida’s unemployment rate for March 2010 was 12.3 percent, the highest recorded since 1970.  This represents 1.1 million jobless out of a labor force of 9.3 million. The unemployment rate is up marginally from the February revised rate of 12.2 percent, and up 2.7 percentage points from the March 2009 rate of 9.6 percent.

Florida’s unemployment rate remains higher than the national rate, which was 9.7 percent in March.

In the surrounding areas, Osceola County recorded the highest unemployment rate for March 2010 at 13.1 percent, down 0.5 percent from February. Lake County posted a jobless rate of 12.8 percent down 0.5 percent from the previous month.  Orange County reported had an unemployment rate of 12.0 percent compared with 12.4 in February.  Seminole County had the lowest rate of 11.4 percent in the surrounding area, down from 11.6 percent in February 2010.

The number of non-agriculture jobs in Florida was 7.2 million in March 2010, down 149,600 compared to one year ago.  Construction lost the most jobs, 57,000, representing 13.7 percent decline.  The only sector among Florida’s major industries in which there were job gains was private education and health services, 33,000 jobs, representing an increase of 3.1 percent.

Other findings of the Agency for Workforce Innovation report are:

The Director of Agency for Workforce Innovation Cynthia R. Lorenzo said that “Florida’s job market continues to show signs of improvement with job losses moderating and new job listings increasing. We continue to see encouraging indicators that Florida’s economy is on the road to recovery.”