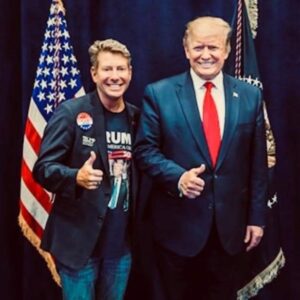 Randy Ross, who served as the 2016 Orange County for Trump Chairman, announced his full support for a President Donald J. Trump bid for President in 2024. Ross has worked locally in Orlando politics for years on both the Democratic and Republican sides.

“I was on board when Trump came down the escalator of Trump Tower in 2015,” Ross said. “I fought to become his Orange County Chairman when the establishment didn’t want us to organize in 2015. I’ve taken more punches than most should for their political preferences. But all that aside, I think we need a fighter for America back in the White House and for me that’s President Donald J Trump.”

Likely knowing it will be a long and contentious primary election, Ross also posted a note about loyalty to a movement.

“I won’t judge your choices and please don’t judge mine,” Ross posted on social media. “You don’t invest 7 years of your life in something, as I and many have, and just abandon ship. Loyalty matters.”