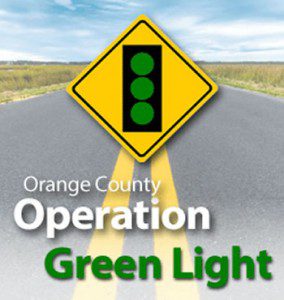 During a one-time offer by the Orange County Clerk of Courts, citizens lined up by the hundreds to take advantage of the savings to pay their outstanding traffic tickets and criminal fines in full and restore their driving privileges.

The Clerk’s office served 860 customers, collected $517,126 and processed 1,574 cases during Operation Green Light. The special two day initiative also allowed 210 customers to reinstate their suspended driver’s license. More than $10,000 of the collections was in the form of restitution that will now get paid to victims of crimes in 24 separate criminal cases.

Before Saturday’s event, there were more than 400,000 traffic and criminal cases in Orange County that had been sent to a collection agency for non-payment. That number of cases represents millions of dollars in uncollected fees and fines.

Operation Green Light was the first time the Clerk’s offices across Florida waived the 40 percent collection agency surcharge. This allowed citizens to settle their outstanding cases with considerable savings and reinstated drivers’ licenses that were suspended for non-payment.

“We knew that people would want to take advantage of this opportunity. Operation Green Light’s success can be measured by the number of citizens who will now be driving legally and the number of victims who will now get some form of restitution,” said Orange County Clerk of Courts Tiffany Moore Russell. “I want to thank everyone on my team who worked extremely hard and made this event such a tremendous success.

Many of those who participated traveled long distances and arrived before 8 a.m. outside the doors of the Clerk’s office locations in Orange County this past Friday and Saturday.