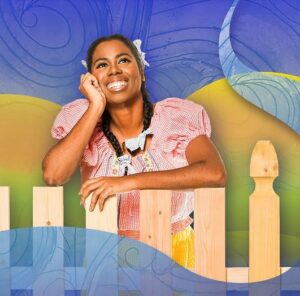 Opera Orlando has been approved for a $10,000 Grants for Arts Projects award to support the Opera’s world premiere production of The Secret River. This project will build a foundation for creating new opera for the Company and will feature the Opera’s first commission by a female composer.

“The National Endowment for the Arts is proud to support this project from Opera Orlando,” said arts endowment acting chairman Ann Eilers. “Opera Orlando is among the arts organizations across the country that have demonstrated creativity, excellence, and resilience during this very challenging year.”


The Secret River provides a snapshot into the Central Florida culture of the Depression era and deals with issues of poverty and the challenges of putting food on the table; both relevant topics to our current COVID time. The Secret River, as an opera, will help promote generational, ethnic and economic understanding for Opera Orlando’s audience of a time long-gone, while also providing a window into the modern era.

The opera’s main themes — the power of the imagination, the importance of caring for the community, and humility — are issues that audiences will relate to and the musical rendering will be a strong communication vehicle for the same. The opera’s combination of enchantment and realism, its strong female protagonist and diverse cast, as well as the humanity and humor in its message, will engender local and universal appeal.

Opera Orlando’s commission of The Secret River debuts in December 2021 at the Dr. Phillips Center. In addition to the world premiere performances of The Secret River, the Opera has embarked on significant adjunct activity from April 2021 to June 2022 that includes a public school education component, public workshop performances, panel discussion events, and other outreach events centered around this commissioned work.

“Opera Orlando has a commitment to new music and is proud to offer its first commission to such incredible talent as composer Stella Sung and librettist Mark Campbell,” said Opera Orlando’s executive director Gabriel Preisser. He added that “the work will be a landmark composition for Central Florida with its story based on Marjorie Kinnan Rawlings book, The Secret River.”

Opera Orlando’s project is among 1,073 projects across America totaling nearly $25 million that were selected during this first round of fiscal year 2021 funding in the Grants for Arts Projects funding category.