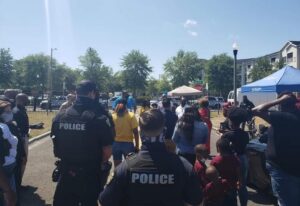 The event was part of an effort to strengthen relationships with residents.


This effort is the first of many that emerged during the Parramore Community Trust Initiative Workshop. The goal is to improve relationships between residents and the officers.

Many local activists, including Lawanna Gelzer and Mike Cantone (current Managing Editor of West Orlando News) have called for similar measures for more than a decade while Mayor Buddy Dyer ignored the requests. Now that police relations is front and center as a national issue, city leaders like Commissioner Hill have finally started to take the first steps of many to come.