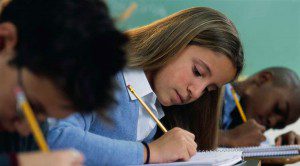 Math scores at the district and the state were identical at 58 percent.

· Thornebrooke Elementary – 87 percent at or above Level 3

· Stone Lakes Elementary – 85 percent at or above Level 3

· Windermere Elementary – 85 percent at or above at Level 3

FCAT writing scores are not easily comparably with 2012, but the results were mixed, the district said.

“We are very pleased with our fourth-grade results in writing. There are positive and impressive gains in reading, writing, and mathematics at several schools thanks to the hard work of our teachers and staff, but, we need additional focus on tenth-grade writing. Plans are underway to accelerate our program,” said Superintendent Barbara Jenkins.