Some Black voters going to the polls in the 2010 Primary and General Elections will be traveling to a political wilderness. Oftentimes, a wilderness is cold, dark, lonely and filled with scary animals. 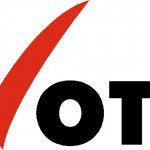 There are all kinds of animals in the political wilderness that will chew Black voters up and spit them out.

Wolves and foxes are both canines and either one that Black people vote for will still land African Americans in the dog house!

There are snakes in the political wilderness. All a political snake wants to do is crawl around the floor of government on their bellies just like reptiles. The snake is never around and always somewhere in a political hole. The political snake will never show up until it is time to take a bite out of a political project or proposal that has benefits for poor people or for Black people. Democratic snakes are the most dangerous as some Black voters will vote for a Democratic snake just because the snake’s deadly venom is Democratic venom.

Finally you have insects in the political wilderness. Insects are small but they are very pesky. On Election Day, beware of the wilderness mosquito. He is small in frame and even smaller in mind but the political mosquito has the thirst of a vampire. The candidates that are akin to political mosquitoes desire to suck the lifeblood out of America’s barrios, ghettos and other minority neighborhoods.

All you can do for a political mosquito is give what you have to them. They take your campaign contributions from the ‘hood to the suburbs. They take your talent and skill and ask you to volunteer to assist the campaign while far less experienced and far less professional beasts are paid extremely high salaries.

Yes, a trip to the political wilderness is what most of us will take on Election Day.

Sometimes you can get lost in the wilderness but there is a way out. You have to have a political compass to give you the right, correct and best political direction..

Most Black newspapers have reporters and columnists that will tell the truth about the political beast. Some will sell out the readers for a political ad that cost pennies but most newspapers will tell the truth about devilish candidates whether the candidate buys ads or not. An ad on the last weekend before an election means nothing anyway as many voters have already voted early and voted absentee.

Disillusioned by Obama, Black Voters Question If Ever To Do So Again