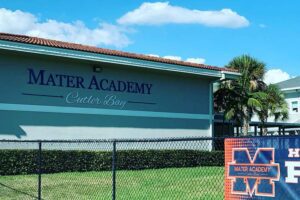 The Dhillon Law Group, Inc. has filed suit against Mater Academy, which has control over Mater Academy Cutler Bay High School, on behalf of Nicolas Ortiz, a 14-year-old student, for targeting and discriminating against him for his Christian beliefs.

Ortiz is a practicing Christian and regularly brings his bible to school to read during his free time. For this activity, the complaint alleges that Ortiz has regularly been ostracized and targeted for his beliefs by fellow students, staff, and school administrators. The complaint says the freshman was “discriminated and retaliated against by his high school.”

The complaint shows examples of this harassment including students planning to physically assault him, a science teacher humiliating him for his faith in front of his peers in a classroom setting, and his peers creating false and defamatory statements claiming that he was planning a school shooting to disparage him.

“Mr. Ortiz is experiencing something that no American should ever have to experience, said Dhillon Law Group managing partner, Harmeet K. Dhillon. “It’s bad enough that the school has done nothing to stop the bullying from his peers, but have gone as far as joining in on targeting Mr. Ortiz for simply practicing his faith. This is blatant violation of his first amendment rights is another example of how extreme so many in our education system have become, and why Dhillon Law Group is coming to Mr. Ortiz’s defense.”

Ortiz was given the maximum allowed punishment of a 10-day suspension for the fabricated allegations that he threatened a school shooting.

“Imagine being falsely accused of threatening to shoot up a school. Law enforcement concluded that he was being pranked by fellow students, but that did not stop numerous parents from spreading the false accusation online,” said Dhillon Law Group partner, Matthew Sarelson. “The students who spread the false accusations against Mr. Ortiz were never disciplined in any way.  Only Mr. Ortiz was suspended, without due process, and for no valid reason.”

Mr. Ortiz and his parents are seeking significant damages because the school has destroyed his educational experience.