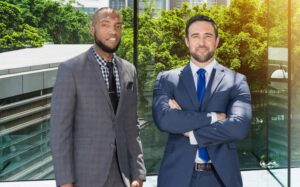 Don’t drink and drive! That’s the fundamental rule about DUI charges. You’ve probably heard a lot about how criminal charges for Driving Under Influence (DUI) can result in a permanent mark on your record. Aside from the obvious, know that navigating the legal process for a DUI is a complicated process. Here are some of the little-known things that may surprise you.

Before an arrest for DUI charges, the law enforcement officer can ask you to take the Standardized Field Sobriety Test. If you’re suspected of drinking and driving, the officer may order you to perform specific actions like following a moving object without averting your gaze or taking nine steps heel-to-toe. Not being able to stand with one leg lifted six inches off the ground can also indicate DUI. If you fail these tests, you could be asked to blow into the Breathalyzer to test BAC or Blood Alcohol Content levels.

DUI Charges are Filed Based on a Police Report

The police officer arresting you will create a report of the incident. However, the accused is not provided a copy, and the incident is reported according to the officer’s impression of the event. All witnesses’ names and contact details are also included, but you cannot access them. The report is sent to the public prosecutor or district attorney (DA) who files the criminal charges in court. The DA determines if there is sufficient evidence to prove that adequate proof exists that the crime was committed beyond a reasonable doubt. Once the criminal process is initiated, you can call in your criminal defense attorney. If you don’t have one, the court appoints a defense lawyer for you.

Once arrested on DUI charges, you’ll remain in custody until the court arraignment within two days. In case the accused makes bail, the arraignment can be scheduled at a future date that could be weeks or months later. Prosecutors can choose to file the complaint or decline the request for lack of adequate proof. If they reject the complaint, the file is closed unless the law officers reopen the case with fresh evidence against the accused.

The DA May File Additional Charges

Depending on the evidence found, the DA can add or remove charges and build additional cases before or during the trial. In other words, they may add charges other than just DUI. For instance, charges of speeding or having a BAC of 0.08% or “per se DUI” as in Florida. Alternatively, the DA could show “impairment DUI” to prove that the accused was intoxicated and their judgment was affected by the alcohol or controlled substances they had consumed.

On appearing in court, you can plead guilty, not guilty, or no contest. It is always advisable to choose the not guilty option and get the court to set a trial date. Your attorney will have the time to review the facts of the case and build a defense for you.

DUI charges can get very confusing because of the court proceedings, pleas, and other complexities. Avoid the situation entirely by choosing the only best option – call a cab.