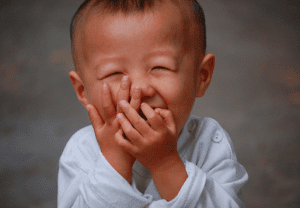 Okay…Okay…Okay…must admit…been a pissy week. Had to contend with “stoopid” folks who are proud members of the 40-watt club!

Where do these “box of rocks” hail from?

Anyways, started my pissy week with the viewing of the riveting film “Selma.”

Amusingly, sporting gray hair has its upside as I was able to save a couple of dollars on my admission fee.

However, upon entrance, took exactly sixty seconds before I got instantly robbed…swindled…fleeced!

Are you freaking kiddin’ me…popcorn…soda…water…and a kid’s meal totals $35.00?

On my own, could have easily resisted the seduction of butter, sugar, and the injustice of having my hard-earned money pick-pocket from my wallet.

Where’s Wesley (BFF) when I need him?

But, when your entourage includes a teenager who is always ravenous for junk food and is always insatiably “thirsty as a sponge” for soda AND a gluttonous husband, regardless of the exorbitant prices, you just surrender to the damn universe!

Enjoyed the movie, but kept mulling over in my mind about that $35 surcharge. Kept thinking what lethal reciprocation my daughter’s deadbeat date will suggest, require, imply, hint, or even infer for indulging her expensive taste buds.

Quickly changed that image from my mind by reading the newspaper.

Read about a Martin Luther King, Jr. special that was being offered at a restaurant in Atlantic City. Reckon the “black mammy” who was masquerading as a general manager got her “brownie points” and job security for promoting her racially stereotypical insult.

Imagine…in recognition of this sacred observance, this “plantation biddy” advertised a meal at her restaurant consisting of “fried chicken, macaroni and cheese, sweet potato casserole, collard greens, and homemade pecan pie” for $24.

And, this “good ole Negro” did not see anything wrong with suggesting and marketing this offensive meal in honor of a slain icon?

Certainly, must have been a direct descendant of Uncle Tom!

By the middle of my pissy week, upon visiting numerous urban schools, wondered why so many economically disadvantaged (poor) children who were receiving subsidized breakfasts, lunches, and snacks were wearing enhanced hair styles such as weaves, multicolored-dyed ends, extensions, chunky box braids, Mohawks, shoulder-length platinum blond or fire-engine red hair, or hair that was swept onto the crown of their head and stacked like an Egyptian pyramid?

What happened to simple?

What happened to subdued?

What happened to natural?

Kept wondering if these same economically disadvantaged (poor) kids owned a collection of reading books, resource aids, and educational materials to supplement their learning? Kept wondering why these kids were buying products and services that will not yield a return on their investment?

Kept wondering why these kids were hoodwinked?

Kept wondering how they became bamboozled?

Kept wondering who deceived and duped them?

Ended my pissy week by being scolded!

Showed up 30 minutes before the beginning of the work day and a company representative sarcastically scolded me for being early.

Been told Negroes are always a day late.

Therefore, over my lifetime, made a concerted effort to shatter that typecast which resulted in me never being late or absent during my tenure from grade school to college.

Then, decided to parlay this rare fete and work ethic throughout my stellar career.

As such, became the recipient of innumerable commendations, kudos, and accolades for this exceptionalism.

So, imagine my shock and dismay when I received a verbal smack down from “Miss Ann” for reporting to work before the appointed time.

Are you kidding me?

Periodically, being financially blessed affords one the luxury, the freedom, and the privilege to tell jackasses to “shove it.”

Ironically, when the dust settled, “Miss Ann” highly recommended me for another contract.

Oh, well. Within a few hours the chitlin’ circuit and revolution begins again…

So, gotta remember to “laugh to keep from crying!”