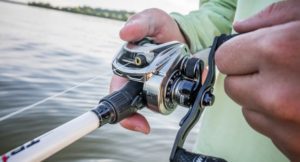 Fishing League Worldwide, the world’s largest tournament-fishing organization, announced that Lake Toho in Kissimmee has been selected to host the second FLW Tour event of the 2019 season. The event will take place February 7-10th.

“We’ve had a great history on Lake Toho and always draw fantastic crowds to our Outdoor Expos and weigh-ins,” said Kathy Fennel, president of FLW operations. “We are extremely excited to showcase some of the giant largemouth that Lake Toho is known for during our 2019 season.”

The full schedule for the 2019 FLW Tour season was announced at a live press event held at the International Convention of Allied Sportfishing Trades (ICAST) in Orlando. The FLW Tour has visited Lake Toho four times previously, with 2019 marking the fifth visit in the Tour’s 24-year history. See all the dates below.

May 2-5 – Lake Chickamauga – Dayton, TN
Hosted by Fish Dayton and the Rhea Economic and Tourism Council

The 2019 FLW Tour features seven regular-season tournaments and the Forrest Wood Cup. Each tournament is streamed on FLW Live and broadcast in high-definition on NBC Sports Network and the World Fishing Network, showcasing the best bass anglers in the world competing in the sport’s most competitive circuit.

Another major change announced by FLW today was the cease of the longstanding FLW Tour co-angler program, replaced with a new FLW Tour Marshal program.

The FLW Tour Marshal program will provide the same learning opportunities that the co-angler program offered, along with the opportunity to win cash and a new Ranger Z518C powered by a 200-horsepower Evinrude or Mercury outboard, without impacting the outcome of the tournament. Each Marshal will attend a VIP dinner and seminar with select FLW Tour pros on the Wednesday before each tournament, plus get behind-the-scenes access to the biggest events in bass fishing. They will receive exclusive FLW clothing and play a vital role in live coverage of each FLW Tour event.

Marshals will be eligible for a top cash award of $2,500 at each regular-season FLW Tour stop based on the combined weight of the pros they are randomly paired with. Marshals will also receive one entry into an exclusive Ranger Z518C giveaway for each day they complete. One lucky marshal will be randomly selected to win the new boat after the season concludes.

Applications to participate as an FLW Marshal will be accepted online beginning Wednesday, Sept. 4th. More information can be found at FLWFishing.com.

In FLW Tour competition anglers will compete for valuable points in hopes of qualifying for the 2019 Forrest Wood Cup, the world championship of bass fishing. The date and location for the 2019 Cup will be unveiled later this year.