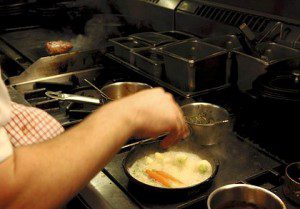 Bugs in the kitchen might make you queasy, but there are more subtle reasons to worry about the health factor when you go out to eat, among them foods stored at the wrong temperatures and cross-contamination of foods. However, proposed Florida legislature that would give health inspectors more leeway to focus on restaurants with poor cleanliness records may fix all of that.

The measure, which would be effective July 1, 2014, is awaiting the governor’s decision. And in January, Florida officially adopted the federal 2009 Food Code and inspection verbiage that classifies violations with greater specificity, allowing inspectors to more effectively police serious offenders, the Tampa Bay Times reports.

Where Does Florida Rank in America’s Most Fun States?