One day after Macy’s announced it would fire more thousands of workers after another holiday spending debacle, and will shut down dozens of stores as the overhyped consumer recovery fails to materialize for the 7th consecutive year, today struggling Sears Holdings, owner of K-Mart announced that the near-insolvent, anachronistic retail chain has obtained some more last-second liquidity after selling its Craftsman brand to Stanley Black and Decker for $900 million. That was not enough however, as Sears needed another billion dollar which it got courtesy of its controlling shareholder Eddie Lampert who gave the company a $1 billion loan. 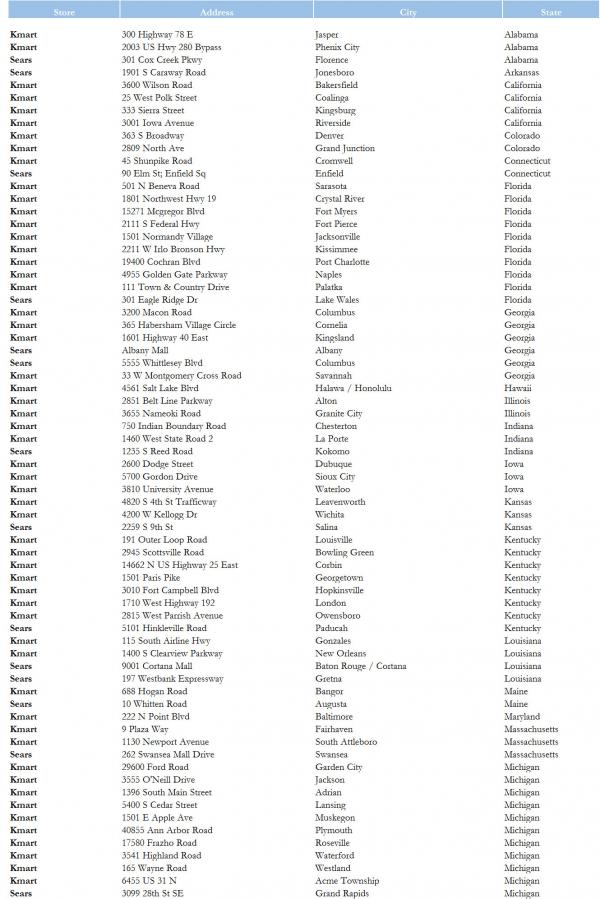 The company, which has been near death for years and years, issued the latest dire warning about its holiday business on Thursday, when it announced same-store sales fell as much as 13% in November and December, compared with a 2.1% drop at Macy’s Inc.

As a result, “vendors had gotten really spooked,” said Gary Herwitz, a managing director of CoMetrics Partners, which advises companies that supply goods to Sears. “But now it seems that Sears bought themselves another year.”

Meanwhile, it now appears that instead of a long-overdue “big bang” bankruptcy, Sears will continue instead melting away with periodic closures of its thousands of badly run, inefficient stores. And indeed, this morning Sears said it would continue to shrink by closing 108 Kmart and 42 Sears stores, including the original Kmart location that opened in Garden City, Mich., in 1962. Over the past decade, the company has closed or sold more than 2,000 stores, or two thirds of its locations.