Governor Scott and his Chief Financial Officer Jeff Atwater have decided that they can save Floridians money by getting rid of personal-injury protection (PIP). There is some validity in their claim that there is fraud in the present system, and it is driving up the car insurance premiums. 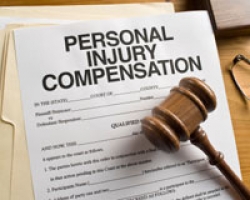 Since 2008, statewide premiums have increased by more than $900 million, and the number of accidents has decreased. Florida is one of the 10 states in the country that still has a no-fault policy, and Governor Scott has made reforming the law one of his priorities in the next legislative session.

Atwater said, “If another package of reforms can’t curb fraud, it’s time to abolish PIP coverage. You can’t keep throwing consumers to the wolves, and that’s what’s happening here. They have to buy it, and we’re the ones choosing to allow an environment to exist where all this fraud exist.”

Scott and Atwater have identified fraud as the major reason premiums have increased dramatically in the last two years. Everyone in the state knows someone who has gotten medical care and money as a result of an accident, because there is $10,000 available in insurance. Many times no one can prove the extent of the injury, but everyone is getting paid. Since 1972 there has been no-fault insurance, and Scott wants to reform the system, but he is not sure how he is going to change it.

The old tort system, where the two insurance companies fight it out to determine who is at fault is time consuming. It will drive up premiums for the consumer, who is at fault and there is still fraud in the system. Again it appears that the governor’s plan has not been well thought out, and it might cost the consumer and the state more money.

No-fault insurance has allowed consumers to get their money for an accident quickly, and there have been less litigation for minor infractions. Everyone receives medical care if they are injured no matter who is at fault. It also saves time for everyone involved in an accident, because there is no long settlement time.

Scott may be opening a bag of worms that the State cannot afford. The majority of Floridians don’t have access to the courts when they have legal problems, because of the expense and complexity of the legal system. The legal system is highly disliked and distrusted by the citizens, and many political experts claim that the system is corrupt.

The Florida legal system is inadequately funded and in two years it has received $100 million in cuts to the courts, state attorneys, and public defenders. In September 2011, Florida Supreme Court Justice Charles Canady sent a letter to Governor Scott requesting a $45 million transfer of funds from the general revenue to get through next March, or run out of money.

Going back to the old tort system may create a bigger mess for Florida residents and the court system. Keeping the PIP system the way it is for the short run may give the lawmakers time to study the problem. Getting rid of a PIP system, or making it optional may look good on the front end, but on the back end it may break the state financially.