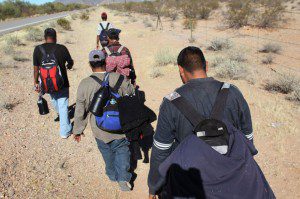 Immigrants and their U.S.-born children are benefiting disproportionately from Medicaid expansion under the Affordable Care Act, compared to natives, a new analysis of government data shows.

According to the Center for Immigration Studies, the data reveals that immigrants and their children accounted for 42 percent of the growth in Medicaid enrollment from 2011 to 2013.

Medicaid expansion, a key part of Obamacare, is targeted for those with low incomes and immigrants benefited more than natives because a much larger share are poor and uninsured.

“It seems almost certain that immigrants and their children will continue to benefit disproportionately from Obamacare, as they remain much more likely than natives to be uninsured or poor,” the authors state.  The data show that Medicaid growth is associated with immigrants who, for the most part, are legally in the U.S.

Other key findings of the study are: