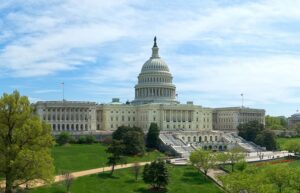 A bipartisan effort in the U.S. House of Representatives allowed the National Defense Authorization Act to pass, authorizing around $770 billion to fund the armed forces after the funding was blocked in the U.S. Senate.

Orlando Congresswoman Val Demings voted for the National Defense Authorization Act. “Keeping the American people safe is our number one job,” said Rep. Demings. “That’s why I voted today to fund our national defense and to give our brave men and women in uniform an important pay increase. We all have strong beliefs about U.S. foreign policy and national security, but some things must be above politics. Risking our national security for the sake of political theater is unacceptable and I’m glad that today bipartisan Members of Congress came together to keep the American people safe.”


The NDAA legislation will fund the U.S. armed forces and national security programs, including a pay raise for U.S. service members and an increase to allocation for military families. The funding, which has successfully passed Congress every year for the past six decades, was held up this year due to political gamesmanship in the Senate, forcing the House of Representatives to move forward in a bipartisan vote with an alternate strategy to ensure that funding wouldn’t be cut off to our armed forces.

In addition to funding our national security and armed forces, the NDAA includes:

The bill now moves to the Senate, where it will likely be voted on later this week since leadership from both chambers agreed to the final version of the bill. Then it can be signed into law by President Joe Biden.