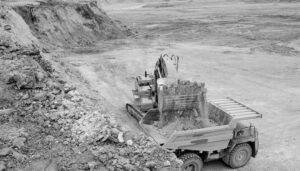 Homeowners in two Central Florida neighborhoods built atop abandoned phosphate mines have filed a federal lawsuit against The Mosaic Company, charging that the Minnesota-based company, as well as two real estate developers who are also defendants, failed to warn residents about widespread contamination in neighborhoods that were developed over reclaimed strip mines.

According to the lawsuit filed May 5, 2020, by The Lanier Law Firm and its co-counsel, Mosaic and two real estate developers did not disclose the presence of dangerous radiation contamination in and around the Angler’s Green and Paradise Lakes neighborhoods, which has exposed residents to gamma radiation levels many times the amount considered safe for humans.

“Mosaic was well-aware of the radiation contamination that its strip mining had caused,” said trial lawyer Mark Lanier, founder of The Lanier Law Firm. “They took all of the phosphate they could from these strip mines, then cut corners on their promise to remediate this land. It is time for this company to take responsibility.”


The lawsuit demands that Mosaic and the other defendants properly remediate the contaminated land and establish a medical monitoring fund so that residents can obtain annual screenings for medical conditions associated with exposure to gamma radiation and radon gas, both byproducts of the mining process.

A similar lawsuit filed in 2017 against mining company Drummond on behalf of residents in the Oakbridge and Grasslands neighborhoods has withstood multiple legal challenges from Drummond and is currently in the discovery phase.

The process of mining phosphate disturbs and releases naturally occurring uranium and radium-226, which produce gamma radiation and radon. Gamma rays can penetrate the body and increase the risk of a variety of cancers, such as leukemia, lymphoma and bone cancer. Decaying uranium also releases radon, an odorless, radioactive gas that is linked to lung cancer.

In addition to Mosaic, the lawsuit names developers Yes Companies WFC LLC and CHC VI Ltd. as defendants. The case is Christine Cruz and Steve Foster et al. v. The Mosaic Company et al., filed in the U.S. District Court for the Middle District of Florida, Cause No. 8:20-cv-01045. In addition to the Lanier Law Firm team, the plaintiffs are represented by local counsel at Nidel & Nace, PLLC.