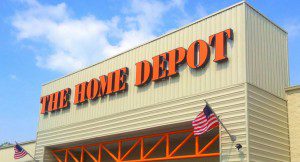 Home Depot confirmed Tuesday that an investigation is underway into a suspected hacker attack which might have affected customer credit card data.

The largest home-improvement chain said it was working with banks and law enforcement to look into “some unusual activity” following a report by KrebsOnSecurity that a “massive” batch of stolen credit-and debit-card information was posted for sale online.

“We are aggressively gathering facts at this point while working to protect customers,” Home Depot spokeswoman Paula Drake said in a statement.

According to news reports, if confirmed, the Home Depot breach which begun in late April or early May of this year, could dwarf the Target breach, in which 40 million credit and debit accounts were compromised over a three-week period.