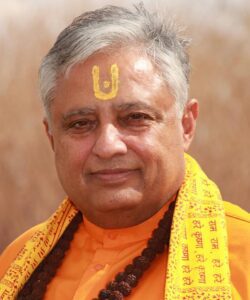 Hindus are urging all public, private, charter, and parochial schools in Orange County to close on their most popular festival Diwali. The holiday falls on October 24th this year.

Hindu statesman Rajan Zed issued a statement saying that it was simply not fair with Hindu pupils in Orange County schools as they had to be at school on their most popular festival, while schools were closed around other religious days. He urged Orange County Public Schools Superintendent Dr. Barbara Jenkins and School Board Chair Teresa Jacobs to work towards adding Diwali as an official holiday in their schools.

“Orange County Public Schools strives to be considerate and responsive to the religious holidays of students from all backgrounds,” School Board Chair Jacobs told West Orlando News.


Jacobs noted a committee of residents, which is nominated by the school board and managed by staff, works together to plan the school calendar two years at a time. This year’s Calendar Committee included representatives from the Christian, Jewish, Muslim and Mormon faiths. There was not a Hindu representative, which Jacobs said “is something I will personally try to remedy during the formation of the next Calendar Committee.”

Zed, who is President of Universal Society of Hinduism, stated that since it was vital for Hindu families to celebrate Diwali day together at home with their children. He said closing schools on Diwali would ensure that and would also display how respectful and accommodating these schools were to their faith.

“The academic and scheduling requirements set forth by the state would not make it possible to recognize every religious holiday as a school holiday,” Jacobs added. “Further, Florida’s Religious Freedom Restoration Act of 1998 protects the free exercise of religion and states that the government shall not substantially burden a person’s exercise of religion.”

Zed indicated that holiday on Diwali in Orange County schools would be a step in the positive direction in view of the reported presence of a considerable number of Hindu students in Central Florida. He reiterated it was important to meet the religious and spiritual needs of Hindu pupils. Holidays of all major religions should be honored and no one should be penalized for practicing their religion, Zed added. Orange County’s School Board Chair agrees.

“For observation of any major religious holiday, parents are permitted to request excusal for their student/s from school and activities,” Jacobs also pointed out. “As in the past, a memo will be issued from the Deputy Superintendent at the beginning of the school year and again in January alerting schools to important religious holidays and requesting that sporting events, school events, major projects and/or tests not be scheduled on those days if at all possible. I have confirmed that Diwali will be listed on this memo this year.”

Rajan Zed also said that Hinduism is rich in festivals and religious festivals are very dear and sacred to Hindus. Diwali, the festival of lights, aims at dispelling the darkness and lighting up the lives and symbolizes the victory of good over evil. Hinduism is the oldest and third largest religion of the world with about 1.2 billion adherents and moksh (liberation) is its ultimate goal. There are about three million Hindus in the USA.

Jacobs did also mention that all of the faith-based partners on the OCPS Calendar Committee were in agreement with the standard practice of this committee for some time which has been to refrain from recognizing any religious holidays as school holidays. For example, the Christmas holiday for Christians is not named or recognized, but OCPS does have winter break during which that holiday occurs.