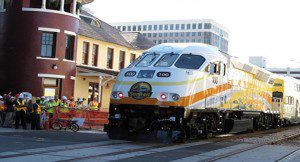 Central Florida continues to make progress formalizing regional transportation planning, but when it comes to funding, it can be a bit complicated. And that leaves more questions regarding the ongoing issue of dedicated funding for the LYNX bus system. While Orange County Mayor Teresa Jacobs continues to think about a number of ways to fund LYNX, one of her ideas could be getting new competition from SunRail.

Mayor Jacobs continues to be a strong advocate for increasing the local Rental Car Surcharge Fee, which remains one of the lowest in the nation for tourist destination cities. According to Orange County, Mayor Jacobs would like to see an increase by two or three dollars a day in order to create a reoccurring source of funds for a variety of transportation projects, especially mass transit.

Dedicated funding for LYNX is not specifically a part of the newly passed legislation in Senate Bill 230, which formed a new regional transportation authority (RTA). Although the newly-formed RTA will be tasked with oversight and administration of funding for regional toll roads (existing and planned), it will NOT oversee funding or operations for other regional transportation entities like LYNX, SunRail, or All Aboard Florida. However, it does allow for toll revenues to be used for mass transit as long as the toll revenues are spent within the same corridor in which they are collected.

In other words, if SunRail were expanded to include an east-west line along the East-West Expressway (SR 408), tolls collected from SR 408 could possibly be used for that future segment of SunRail, if not in conflict with bond covenants.

So how is LYNX funded? Currently, LYNX is funded primarily through direct budget dollars contributed by local government.

As noted in the below excerpt from the Orange County budget, for the current fiscal year of 2014, Orange County allocated approximately $38 million to LYNX. 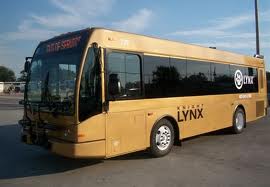 The [Orange County] LYNX FY 2013-14 operating budget of $38,087,018 increased by 13.4% or $4.5 million from the FY 2012-13 budget. This is the result of an agreement by the LYNX board to fund LYNX according to the regional transportation model that distributes system costs by service hour in each of the participating counties and municipalities, as well as the inclusion of $765,805 for new and expanded routes.

The Metroplan FY 2013-14 funding contribution is budgeted at $425,932, which is unchanged from the FY 2012-13 funding level. The overall decrease in the Regional Mobility budget is due to the pending completion of the SunRail project with no new capital funds budgeted in FY 2013-14.”

For those interested, here’s a link to the entire FY2014 Orange County budget.