This article was published in the New York Times on January 2, 2011

He derides the Tea Party’s successes as “bought and paid for by the enormously rich and the selfish.”

And he can barely contain distaste for his Republican successor, whose views he sums up as “bizarre fundamentalist.” 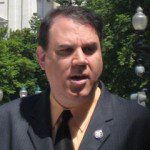 Representative Alan Grayson, a Democrat from Florida’s Eighth Congressional District, is leaving office on Wednesday much as he entered it two years ago — as the pugnaciously partisan, verbal-bomb-tossing, liberal folk hero of the 111th Congress.

But in a wide-ranging interview as his term drew to a close, he repeatedly aimed his artillery in an unexpected direction: toward his own party.

Not for overreaching, in this age of hand-wringing over big government and creeping “socialism,” or for ideological purism. Instead, while surveying the wreckage of the November elections that cost him his seat and looking to the Congressional term ahead, Mr. Grayson posits that many Democrats have not been acting Democratic enough.

Judging by the results of the midterm elections, it does not exactly seem to be a widespread sentiment.

But at a moment when centrism seems to be the party’s antidote to a redrawn political landscape, Mr. Grayson is setting forth a radically different playbook of sharp elbows and unapologetic liberalism.

During the long conversation, Mr. Grayson, a 52-year-old father of five, faulted Democrats for failing to deliver for some of their most potent constituencies, among them labor unions and antiwar voters.

“What did the environmentalists see over the last two years?” he asked. “A proposed monumental increase in subsidies for nuclear power industry and offshore drilling.” As for gay voters, he said: “What they got to see was a judge order that ‘don’t ask, don’t tell’ no longer be enforced and a Democratic president appeal that decision. That is what that constituency saw before Nov. 2.” (The law was repealed in the final hours of the 111th Congress.) By Election Day, Democratic voters in many districts felt that they had no real choice, Mr. Grayson said.

“If you want people to support you, then you have to support them,” he said. “You have to think long about what you did for people who voted for you, made phone calls for you, who went door to door for you.”

Mr. Grayson, of course, finds much to like within the Democratic Party. He offered a glowing assessment of the departing speaker of the House, Nancy Pelosi of California, giving her an A “without reservation.”

And he considers the political right to be intolerable. He called the Republicans “a hopeless sellout party that will never do anything constructive for ordinary people in this country.” “I don’t have to speculate about it anymore,” he said. “I worked with them for two years.”

But hanging over the interview was a lingering frustration with the Democratic Party.

He is annoyed with Democratic senators for waiting until now to challenge the procedural rules that, he said, allowed a determined group of Republicans to use filibusters to stymie much of the president’s agenda.

And he bemoaned what he said was President Obama’s reversal on a campaign pledge to let the Bush-era tax cuts for the wealthy expire.

“I try to keep my promises,” he said, adding that Mr. Obama’s evolving views on the matter “will not help his credibility.”

The remarks carry special weight because Mr. Grayson has become a darling of many on the left. A Bronx native with a fondness for steel-toed cowboy boots (the better to kick Republicans with, he jokes), Mr. Grayson rose to prominence as a lawyer by successfully suing wayward military contractors who profited from the American invasion of Iraq in 2003.

After losing his first bid for the House, he jolted Florida’s political establishment in 2008 by capturing a seat that had been held by Republicans for three decades.

In office, he quickly earned renown for colorful floor speeches and elaborate props. During the health care debate, he declared that the Republican plan was for Americans to “die quickly.” To fight the extension of the Bush tax cuts for the wealthy, he produced cardboard posters detailing how the richest 1 percent of Americans could spend their tax savings. “Buy 20,000 jars of their favorite mustard, Grey Poupon,” was one suggestion.

He even gave his legislation provocative names, like the “The War Is Making You Poor Act,” which sought to reduce taxes by requiring the Defense Department to finance the wars in Iraq and Afghanistan within its relatively small annual budget. (It did not pass.) Outside of politics, much about the congressman is also unorthodox. He bought a used white limousine to shuttle his young children around. “You can’t change a diaper in a van,” he explained at his home.

Republicans called him incendiary and over the top, or worse. When Mr. Grayson set up a Web site for himself called Congressman With Guts, a local Republican operative countered with a site called My Congressman Is Nuts.

Mr. Grayson said he had simply tried to put complex issues into accessible — and, yes, memorable — terms. “People say the same thing to me over and over again: ‘You say what I am thinking but nobody else will say,’ ” he said. He likes to boast that his YouTube channel is the most popular of any House member’s.

He would not rule out running for Congress again “if that’s what people want.”

For now, though, Mr. Grayson is committed to making up for lost family time — and maybe catching up on a bit of television. It was switched off during his bruising re-election campaign to avoid having his children glimpse advertisements that portrayed him as a bumbling clown.

“At least,” he recalled dryly, “we had Netflix.”