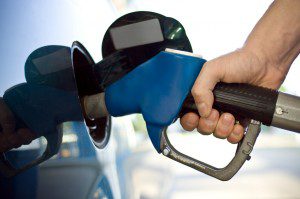 Gas prices continued their downward slide to levels last seen in December 2010 and could soon average less than $3 per gallon in Florida, according to AAA.

In Florida, prices averaged $3.03 early Monday. But they already averaged less than $3 in many metro areas including Orlando, Jacksonville and Tampa, where taxes are lower than in South Florida, according to the sun-sentinel.com.

“It may seem difficult to believe but gasoline below $3 per gallon can now be found at stations in 47 states,” said Patrick DeHaan, senior petroleum analyst with GasBuddy.   “With multiple factors pushing retail prices lower in most parts of the country, we expect we’ll see the national average fall below $3/gal before Halloween.”
The continuing decline in oil prices is attributable to a slow down in demand and increasing U.S. domestic supplies of shale oil and natural gas.
Share
Facebook
Twitter
Previous article
Tipped and Low Wages Not Only Hurt Employees, but Small Business Too
Next article
House Candidate Matt Falconer Responds to Sentinel: I am a Fact Thrower