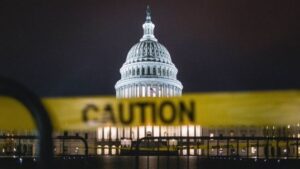 On the one-year anniversary of the U.S. Capitol insurrection, a new study provides unprecedented insights into how Americans perceive and experience their First Amendment rights. The study shows that nearly all Americans recognize the importance of free speech to a healthy democracy and that a large majority feel the First Amendment protects people like them. At the same time, the study reveals where Americans disagree on free expression issues in post-2020 society.


The findings are based on a nationally representative survey of over 4,000 adults that was conducted by the public opinion research firm Ipsos. The report, “Free Expression in America Post-2020,” is part of the Knight Free Expression Research Series.

In addition to revealing widespread agreement on the principles of free expression, the study shows where Americans’ views diverge — especially when they concern perceptions of high-profile news events such as the Jan. 6 insurrection, the racial justice protests that swept the nation in the summer of 2020 and the spread of COVID-19 misinformation.

Overall, the study reveals that overwhelming majorities of Americans place a high value on the principles of free speech:

Taken together, these findings suggest a nation that is nearly unified in the belief that free expression is central to American democracy, but split on the ways free speech principles should be applied and safeguarded in the 21st century.

“These findings underscore both commonalities and chasms in American society following 2020, a year of major events with free expression at their core,” said Alberto Ibargüen, president of Knight Foundation. “Knight examines free expression because it is fundamental to building stronger communities and a healthier democracy. This study shows that even though Americans share and value the basic right to express ourselves, we sometimes disagree on what types of expression are legitimate in a 24/7 digital society.”

The KFX Research Series provides essential insights to help educators, policymakers and private companies understand how Americans’ views of the principles of free expression are shifting in an era of great social and demographic change. As a Foundation with strong roots in local journalism, free speech and press freedom are central to Knight’s mission of fostering informed and engaged communities.

“American views regarding speech are not uniform, but informed by our diverse backgrounds and experiences,” said Evette Alexander, Knight’s director of Learning and Impact. “Uncovering points of common ground and disagreement among different political and racial groups can help shape and inform the dialogue on these critical issues.”

The Ipsos poll from which these findings are drawn was conducted in the summer of 2021. Later this year, Knight will unveil the next KFX Research Series study with updated data on how American college students view free speech and expression issues today.