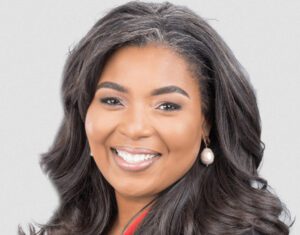 Former Broward County Mayor Dr. Barbara Sharief expressed her shock at the Miami Herald report’s revelation that Christian Ulvert, a political strategist working for both Lauren Book’s campaign and the Florida Senate Victory Fund, is also employed by the country of Qatar — a nation with one of the worst human rights records in the world. Dr. Sharief is calling on leaders and important groups in the Florida Democratic Party coalition to sever ties.

“Qatar has no respect for workers’ rights,” Sharief said. “They have forbidden their one million migrant workers from organizing into labor unions. Ulvert’s other clients, the Service Employees International Union (SEIU), the American Federation of State, County and Municipal Employees (AFSCME), and the Laborers International Union of North America, should be troubled by this, and should be re-thinking their association with him.”


Dr. Sharief also pointed out that Jewish groups in Broward County should be horrified by Book’s decision to hire Ulvert because Qatar does not recognize Israel as a nation and will not allow direct flights from Israel to land in Qatari airports.

“As someone who supposedly works on behalf of the Democratic Party and their interests, it is unconscionable that Christian Ulvert would take money from Qatar, whose policies stand in direct opposition to Democratic values,” she continued. “This is a nation that does not recognize LGBT rights, punishing those in the LGBT community with sentences of up to seven years in prison. They also have a horrible women’s rights record, only allowing abortions with the approval of a panel of three doctors and have instituted draconian laws that only allow women to marry, travel, and attend school with a male guardian’s approval. Throughout my time in office, I have fought hard for LGBT rights, and for women’s rights, and have been endorsed by most of the leading LGBT organizations in South Florida.”

Dr. Barbara Sharief is a former Miramar City Commissioner and Broward County Commissioner, and was the first African American Women to serve as Broward County Mayor. She is currently running for election as Florida State Senator for District 35, which encompasses much of the area she formerly represented as commissioner.

“We must take a stand against bigotry,” Sharief concluded. “It is not ok to support women, or the LGBT community, in America while not having their backs overseas. That is why I am calling for Lauren Book to do the right thing today. I also ask that state senators Janet Cruz, Jason Pizzo, and the Florida Senate Victory Fund sever ties with Christian Ulvert. He has chosen money over our Democratic values. We as party leaders must stand up for what is right, or we are no better than Ron DeSantis and the Republican Party.”