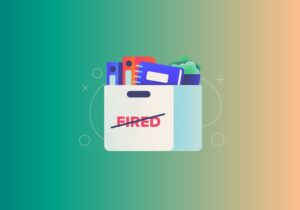 Florida is struggling to recover from new unemployment claims, with claims from the end of May higher than at the start of 2020, according to WalletHub’s updated rankings for the States Whose Unemployment Claims Are Recovering the Quickest. To identify which states’ workforces are experiencing the quickest recovery from COVID-19, WalletHub compared the 50 states and the District of Columbia based on changes in unemployment claims for several key benchmark weeks using data from the end of May.


As good news, weekly unemployment claims at the end of May decreased by 96.49% in Florida compared to the same week last year. This was the biggest decrease in the country. There were 385,000 new unemployment claims nationwide, which is a lot fewer than the 6.1 million during the peak of the COVID-19 pandemic (a 94% reduction).

This report is all before Governor Ron DeSantis ends the extended unemployment benefits for Floridians this month. But with the writing on the wall and increased demand from businesses, Florida’s economy is definitely kicking into peak summer season.

“The fact that almost half of U.S. states are ending their extra unemployment benefits early is good news for the labor market. Taking this step will prevent cases where people make more money unemployed than they would while employed, which will lead to more people going back to work,” said Jill Gonzalez, WalletHub analyst. “All states should follow the example of the states that have already ended the extra unemployment benefits. The vaccines have proven very effective and have brought about a massive reduction in COVID-19 cases, so it’s time we move to fully restart the economy and get back to life as usual.”

“With an average rank of 29 among the most recovered states, blue states had a worse recovery from unemployment claims last week than red states, which rank 22 on average,” said Jill Gonzalez, WalletHub analyst. “The lower the number of the ranking, the bigger the state’s recovery was.”

Weekly unemployment claims in Florida increased by 22.11% compared to the same week in 2019. This was the 9th smallest increase in the U.S.

Weekly unemployment claims in Florida increased by 57.88% compared to the start of 2020. This was the 20th biggest increase in the U.S.