Candidates seeking the endorsement from progressive group Florida Rising were asked in a questionnaire about white supremacy and how they would combat it if elected to public office.

Candidates were also asked if their campaign and official political platform would commit to “explicitly denounce all aspects of white supremacy.”

Florida Rising is very involved in politics, saying they are “a people-powered organization made up of members advancing economic and racial justice across Florida,” and that they “organize multi-racial movements to win elections, change laws, and create a state where everyone can be safe, happy, healthy and whole.”

Here are some of the questions asked to candidates seeking the endorsement of the progressive group: 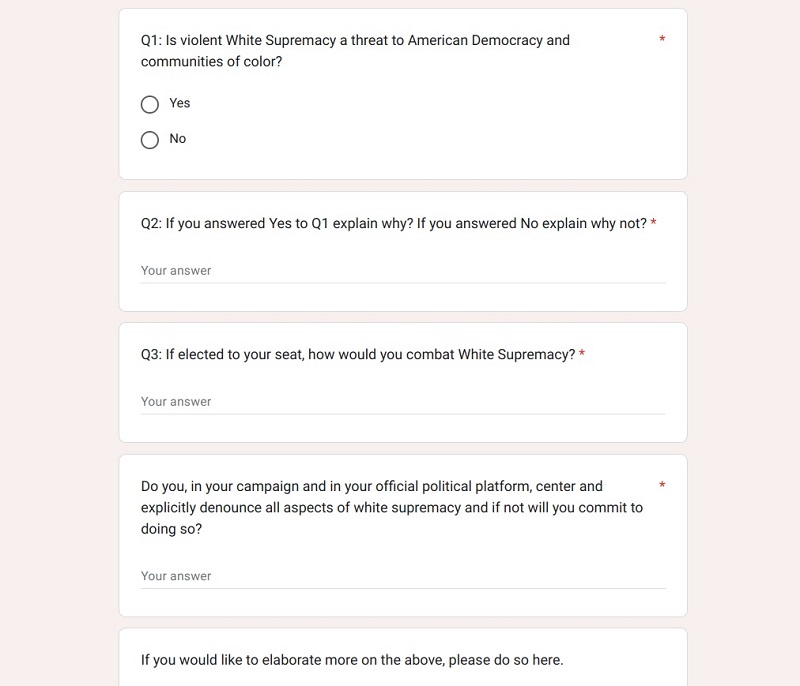 Florida Rising told candidates their members asked that everyone being considered for endorsement be asked additional questions specific to white supremacy.

Because of the topic, it would be very interesting to see the responses released publicly from all candidates.