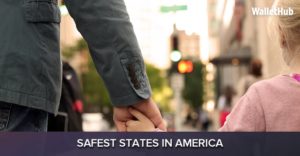 With the highest share of Americans since 2008 citing personal safety as a significant source of stress today, according to a recent APA survey, the personal-finance website WalletHub released its report on 2017’s Safest States in America. In order to help families find the most secure places to lay down roots, WalletHub’s analysts compared the 50 states across 37 key metrics. The data set ranges from assaults per capita to unemployment rate to total loss amounts from climate disasters per capita. Florida’s numbers are pretty bad, see the breakdown below.

For the full report, please visit the study’s site here.

Thinking Outside the Box to Solve School Hunger