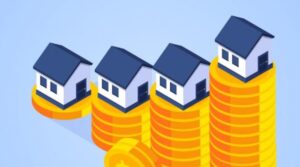 
“We are seeing signs that Florida’s housing market is changing, as for-sale inventory continued to increase in August,” said 2022 Florida Realtors President Christina Pappas, vice president of the Keyes Family of Companies in Miami. “The much-needed gains in active inventory will hopefully ease the pressure of rising home prices for buyers. Statewide, homes are continuing to go under contract quickly: The median time to contract statewide for single-family existing homes in August was 16 days compared to nine days during the same month a year ago. The median time to contract for existing condo-townhouse units was 17 days compared to 15 in August 2021.

“Buying or selling a home is a big decision. Consumers can turn to a Realtor for help in understanding local market conditions.”

Last month, closed sales of single-family homes statewide totaled 24,877, down 15.8% year-over-year, while existing condo-townhouse sales totaled 10,000, down 20.3% over August 2021, according to data from Florida Realtors Research Department in partnership with local Realtor boards/associations. Closed sales may occur from 30- to 90-plus days after sales contracts are written.

While inventory is growing, Florida Realtors Chief Economist Dr. Brad O’Connor pointed out that the rate of that growth “has slowed considerably.”

“At the end of August, there were nearly 64,000 single-family homes actively listed for sale in Florida’s multiple listing services (MLSs), which is 70.4% more than were listed a year ago and 137% more than were listed six months ago at the end of February,” he said. “But the number of active listings now is still close to 26% lower than at this time three years ago, prior to the pandemic. What’s more, the rate of growth in single-family inventory has slowed considerably in August, rising only 4% compared to the prior month. By contrast, on a month-over-month basis, inventory had risen by 33% in June and 17% in July.”

One of the reasons for the pull-back in inventory growth is fewer new listings, he explained.

“In August, new listings of single-family homes were down by 3% compared to a year ago, whereas they had been up by more than 3% in July,” O’Connor said. “New listings of condo-townhouse units were down 10.6% in August. This trend is expected to continue for the time being as some homeowners are averse to listing in this uncertain economic environment.”


The statewide median sales price for single-family existing homes last month was $407,000, up 15% from the previous year. Last month’s statewide median price for condo-townhouse units was $305,000, up 20.8% over the year-ago figure. The median is the midpoint; half the homes sold for more, half for less.

On the supply side of the market, the trend of more inventory (active listings) continued, rising year-over-year in August. The supply of single-family existing homes increased to a 2.4-months’ supply while existing condo-townhouse properties are at a 2.2-months’ supply.

According to Freddie Mac, the interest rate for a 30-year fixed-rate mortgage averaged 5.22% in August 2022, significantly higher than the 2.84% average during the same month a year earlier.