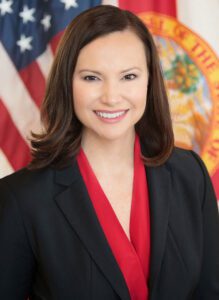 As a result of the investigation, the business will pay the states $390 million – including $26 million to Florida. Google must also provide consumers more information and clearer options as it relates to tracking practices.


“Big Tech is watching us, but Silicon Valley needs to know that we are watching them too, and if they violate our consumer protection laws, we will take strong action to protect our citizens,” Attorney General Moody said. “This is a historic case for the privacy of Americans and the protection of consumers nationwide, and I am proud our office helped lead this massive, nationwide investigation.”

Location data is a key part of Google’s digital advertising business and is among the most sensitive and valuable personal information the company collects. Even a limited amount of location data can expose a person’s identity by tracking routines that can be used to reveal personal details.

The attorneys general initiated the multistate investigation following a 2018 Associated Press article that revealed the company records users’ movements, even when explicitly told not to. The article focused on two account settings: Location History and Web & App Activity. Location History is turned off by default, but Web & App Activity, a separate account setting, is automatically turned on when users set up a Google account, including all Android phone customers.

As detailed in the agreement, the attorneys general found that Google allegedly violated state laws by misleading consumers about location-tracking practices in various ways since at least 2014. Specifically, the company caused confusion among those who thought location tracking could be limited by turning off Location History, while Web & App Activity continued to track users’ locations.

Under the agreement, Google agreed to a series of provisions designed to give consumers more transparency into the company’s practices, including:

The agreement also places limits on the usage and storage of certain types of location information and requires account controls to be more user-friendly.

To view a copy of the agreement, click here.