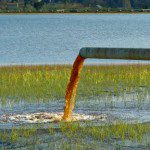 “We are very concerned about the cost of this onerous regulation to Floridians,” the Florida leaders wrote to Department of Environmental Protection Administrator Lisa Jackson.

The new nutrient standards, set to be finalized Sunday, have been ridiculed by Florida lawmakers from both parties as unworkable, inflexible and too strict.

The standards limit the amount of phosphorus and nitrogen in state bodies of water, but state officials have challenged the scientific analysis that led to them.

Democratic U.S. Sen. Bill Nelson last month successfully lobbied the EPA to have final action delayed 30 days. But the Republican officials writing Friday are asking for another delay of the rule, which they say will impose $4 billion in oversight costs on city wastewater treatment centers and $17 billion on city storm water utilities.

“Florida is the first state to be subjected to such federal rules, and we must ensure that the science is sound and the benefits are worthy of the costs,” wrote Scott and the others.