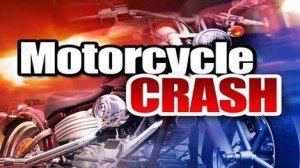 A motorcyclist was killed early on the Sunday morning after losing control of the Harley Davidson he was riding on Orange Avenue.

Troopers say, a 47-year-old Orlando man, traveling north on Orange Avenue near the Florida Turnpike, lost control of the motorcycle while attempting to negotiate a curve.

The biker was ejected from the motorcycle when it struck a guard rail, ending up in a ditch on the west shoulder.

The unnamed rider was pronounced dead at the scene by the medical examiner. He was not wearing a helmet at the time of the crash. Troopers said, there are no indications that any other vehicle might have been involved.

Toxicology results are being awaited to determine whether or not alcohol played a role in the crash.

It is unknown if speed played a role in the fatal crash, which occurred around 3:00 a.m.

Florida Highway Patrol said, the crash is still under investigation.