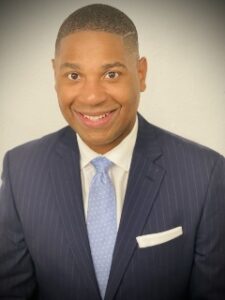 Florida A&M University College of Law alumnus Devin Collier was appointed to the bench in the Fourteenth Judicial Circuit in Panama City, his hometown.

“I am grateful and humbled, and appreciate the confidence the Governor, his staff, and the people of the State of Florida have placed in me,” said Collier following his appointment by Gov. Ron DeSantis. “Without question, I will continue to serve the people with excellence.”


A native of Panama City, Collier is a 2011 honors graduate of FAMU College of Law.  He has served as an assistant state attorney in the Fourteenth Judicial Circuit since 2019. Previously, he served as the lead attorney advisor in the Office of the Solicitor in the U.S. Interior Department. Collier received his bachelor’s degree from the University of West Florida. He fills the judicial vacancy created by the retirement of Judge John L. Fishel, II.

Collier is the 11th known FAMU Law alum to be serving as a court judge. He begins the judgeship on February 1st.

For more information about the FAMU College of Law, click here.

Governor DeSantis Protects Floridians from Protests Outside Their Homes