As Election season kicks into high gear, there’s one ballot initiative heating up Orange County politics this summer. Citizens for a Greater Orange County, a progressive coalition, has launched an ambitious effort to protect workers’ rights locally through a citizen initiative guaranteeing earned sick days for workers. In a county where the job base heavily relies on tourism, hotels, and restaurants, this initiative could have a direct impact on improving the quality of life for many of Orange County’s working families. 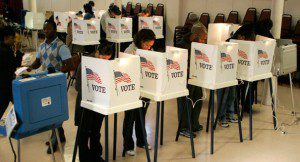 The coalition needs to collect 43,605 valid petitions of Orange County registered voters. By the 4th of July holiday, the coalition had turned in 18,000 petitions but only 12,000 petitions were valid according to the Supervisor of Elections office. On top of that, they must collect 7% of registered voters in each county commission district. It will be an uphill battle as the numbers show, but that’s why their operation has literally spread to every corner of the county.

Paid sick days initiatives are sweeping across the nation, however, if successful, the Orange County initiative would be the first in the Southeast. Passing this initiative in Orange County could also lead to a larger movement statewide. Locally, Organize Now is running the largest field operation for the campaign, collecting thousands of petitions to place Earned Days on the November ballot.

“We have every expectation of making the ballot,” said Stephanie Porta, Executive Director of Organize Now. “There is broad support for Earned Sick Time in Orange County and we have a dedicated campaign team and hardworking volunteers out collecting petitions every day.”

Coalition partners include over a dozen organizations such as Jobs with Justice, CWA, NAACP and others. The Orange County Democratic Party voted to officially support the initiative. Small business owners, families and workers also make up the coalition organizing for paid sick days. This teamwork is resulting in literally thousands of petitions being collected every day.

The need for sick days is clear for supporters. Imagine a scenario where restaurant workers go to work sick to avoid being fired and then prepare your lunch. Or a mother who can’t leave work to pick up her sick child from school who then spreads those germs to your child, nurses and school staff. There is already push back from the business lobby and the fight will only just begin if the initiative qualifies for the ballot. However, local Orlando polls show 88% of respondents supporting paid sick time recently.

Even though the initiative would be placed on the November ballot, the coalition is against the clock on deadlines from the Supervisor of Elections office to validate and qualify the initiative in time. Groups are actively recruiting new volunteers to help collect petitions from their friends, neighbors and coworkers. Businesses and organizations can endorse and join the coalition as well.

The increased voter contact and community discussion on the issue could also have an impact on overall turnout in November. Increasing voter interest and awareness on a local issue that would directly impact so many working families could provide an added motivation for working families to make it to the polls.

Told You So: Legislature Makes Move to Kill Sick Time