The Orlando Police Department has been keeping busy with crime, guns and drugs around the city. Recently, OPD Patrol Tac units were on the beat when they conducted a traffic stop in the area of Colonial Dr and Bennett Rd.

A probable cause search of the vehicle revealed illegal narcotics and illegally possessed firearms. Here’s what local police found: 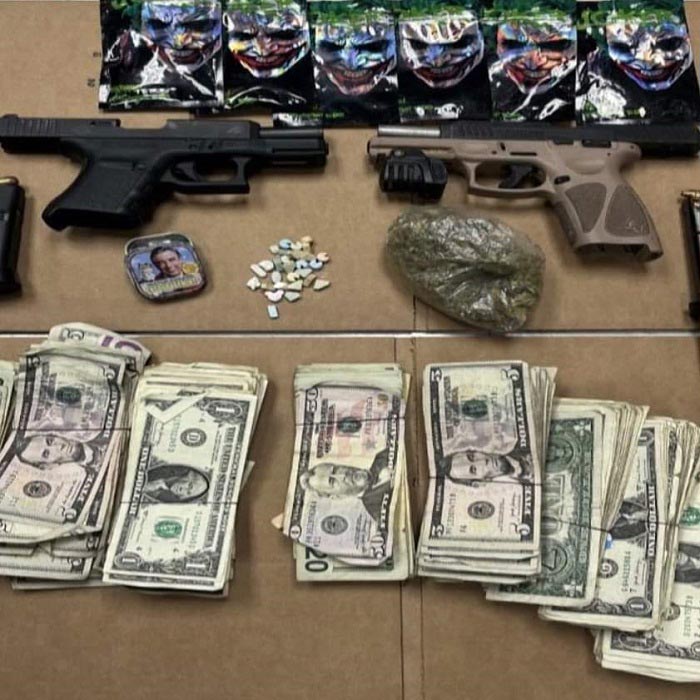 According to OPD, the driver and passenger were arrested and charged accordingly.

With drugs and crime remaining a local problem in Orlando and around downtown under Mayor Buddy Dyer, police continue to work with the community to make our city safer. Did you know that now you can simply dial **8477 to give a tip to Central Florida Crimeline? If you have information on a crime that occurred, or the exact location of a wanted person, contact Crimeline – you will still be completely anonymous and can also be eligible for a reward.