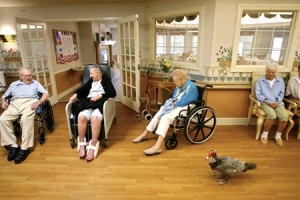 A federal appeals court Tuesday ruled against the Florida Agency for Health Care Administration in a long-running legal battle about releasing medical records to some spouses of dead nursing-home residents.

The 11th U.S. Circuit Court of Appeals upheld a lower-court ruling that sided with a group of nursing homes that filed the lawsuit against AHCA.

The appeals court found that a federal privacy law, known as the Health Insurance Portability and Accountability Act, or HIPAA, trumped a state law that AHCA had used to require nursing homes to release the dead residents’ records.

The case involved spouses who are not the legally-designated “personal representatives” of estates. AHCA required that records be released to spouses who didn’t have that designation.

But a three-judge panel of the appeals court found that a state law AHCA relied on “stands as an obstacle to the accomplishment and execution of the full purposes and objectives in keeping an individual’s protected health information strictly confidential.”