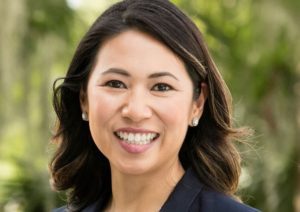 U.S. Congresswoman Stephanie Murphy joined a bipartisan group of Members of Congress in requesting a meeting with President Donald Trump to discuss infrastructure investments in America. The group consists of 35 members, calling themselves the House Problem Solvers Caucus – a coalition of Democrats and Republicans working across party lines to find areas of agreement on key issues, such as tax reform and infrastructure.

The full letter from the Problem Solvers Caucus can be found below:

Americans want to see their government solve problems. We are Democrats and Republicans who are eager to accomplish that task as the Problem Solvers Caucus. We request the opportunity to meet with you to discuss areas where we can work together, including tax reform and infrastructure investment.

The Problem Solvers Caucus began in the 114th Congress as a forum for Members of Congress to identify issues which can be addressed in a bipartisan manner. Looking forward to this year, the Caucus aims to play a pivotal role in building consensus to advance common sense legislation.

History shows that the most consequential and long-lasting reforms are usually bipartisan, from the passage of Social Security and Medicare to the last time comprehensive tax reform in 1986 was achieved. The Problem Solvers Caucus will take on the important issues facing our country; we are willing to work with you to find the issues ripe for bipartisan agreement and to turn them into law.

The Problem Solvers Caucus would like to begin discussions with you immediately on the possibility of tax reform and infrastructure legislation. Addressing either issue, on a broad bipartisan basis, could give a significant boost to our economy and provide Americans with confidence that government can work for them.

Thank you for your consideration of our request for a meeting. We look forward to our discussion on how the Problem Solvers Caucus can work closely with you to address the important issues facing our nation.